Innovation in Fundraising Technology: The Rise of Contactless Giving

Contactless giving grew dramatically during the COVID-19 pandemic and with far fewer people carrying cash this is a trend that looks set to rise even further.  Ben Wilson, Director of Development and Enterprise at Cause4 gives top tips and examples of quick and easy ways to take advantage of contactless giving to increase donations.

Photo by Clay Banks on Unsplash 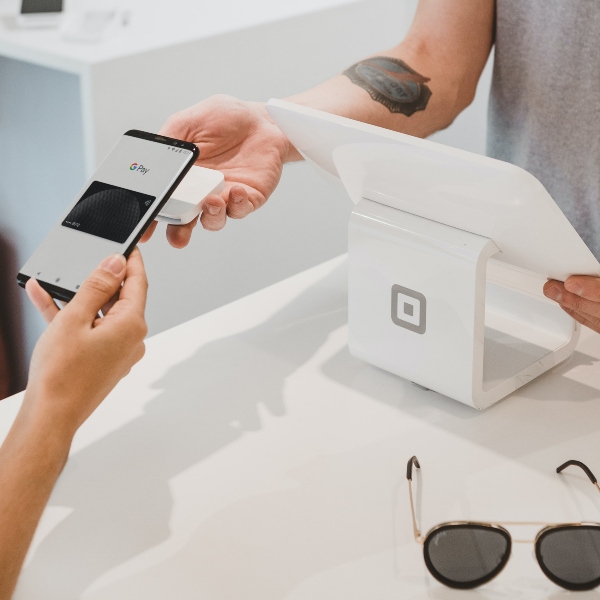 Research undertaken by Barclaycard found that charities lose out on an astonishing £80 million a year in public donations as fewer people carry cash. In response, contactless giving has been identified as a solution. Contactless is a quick and easy way to make purchases and all it requires is a simple tap. Thus, the possibilities that contactless payment technology can bring to public donations in the non-profit sector is an innovative avenue that charities are keen to explore.

While contactless devices were already becoming commonplace in charity shops and public fundraising, as a vital replacement for the traditional charity tin, the trend has been accelerated by the COVID-19 pandemic, and the need to reduce the spread of infection through handling cash. As society recovers, it is a trend that looks set to rise even further.

Latest figures from Goodbox, which supplies contactless technology to the non-profit sector, found that the number of individual contactless donations increased from 32,000 in May 2019 to 78,000 in May 2021. In the UK Giving Report 2021, Charities Aid Foundation found that only 38% of donors gave with cash in 2020, compared to 51% the previous year. This trend continued into 2021 despite the gradual removal of restrictions with as little as 7% of donors using cash in January 2021, compared with 30-40% in a typical January, and only 18% giving with cash in August 2021.

The following examples explore innovative solutions that charities have deployed to maximise donations through contactless giving.

Replicating the simplicity of the traditional donation box, companies such as GoodBox use the simple call to action tap to give on its products. Numerous popular Museums and Galleries including the National History Museum, the National Portrait Gallery and the Museum of London have realised the potential of this new method of giving and have deployed such contactless donation points across their exhibitions. And it’s not just the big organisations that are getting on board with contactless donation boxes – smaller organisations are too, such as the Manx Museum in Douglas, the York Moors Historical Railways Trust and Tyne and Wear Archives & Museums.

Tyne & Wear Archives & Museums Service (TWAM) invested in contactless donation technology at two of their museums in June 2018 and installed further devices at seven more sites in 2019. They took a creative approach and decided to retrofit their existing Perspex cash donation units with a contactless device at the front. Their boxes raised over £16,000 in 12 months from contactless giving, more than recouping the investment.

Another emerging use of contactless donation technology is at fundraising events and award ceremonies. Charities are increasingly using volunteers to circulate with guests using contactless devices to take donations.

In 2020, GiveStar supplied 18 volunteers with contactless devices at a fundraising event at the National Gallery to support the charity Mary’s Meals. This helped the charity raise more than £160,000 at the event. Meanwhile, in 2019, 50 volunteers with contactless devices were deployed at Children with Cancer UK’s annual ball at Grosvenor House, London. The charity raised £130,000 at the event, which was attended by 800 guests.

QR codes can also be used in a similar way. For example, during the Crystal Palace Christmas event, the Upper Norwood Library Trust’s live stream displayed the DONATE™ QR code and totaliser screen as part of a digital overlay. Donations made through the QR code during the event were 45% larger than those that were donated by the online webpage. In this case, the QR code has been used much in the same way as contactless donation technology.

Contactless donation technology will be increasingly used at public fundraising events as UK society recovers from the Covid-19 pandemic, whether those events are hybrid (containing a virtual element) or purely face-to-face occasions. GiveStar urges charities to make contactless collections commonplace at a raft of events, from auctions and award ceremonies to golf days, picnics and bake sales.

5. It’s all about the user experience

Museums are also thinking creatively about the experience that visitors have when donating via contactless. For example, the National Trust for Scotland has embedded contactless giving into two of its attractions – the Robert Burns bust and a 1766 painting of Colonel William Gordon. Working in partnership with Bank of Scotland and Visa, the charity produced replicas of the bust and painting which act as contactless donation points accepting £2 from visitors with a simple tap. The Church of England has also turned to more technological methods, offering congregations contactless payments alongside traditional cash collections and has even implemented a contactless church collection plate called GoodPlate.

This new way of giving is particularly significant at a time when cash donations are declining and also offers an exciting new way to engage with history.

6. Ensuring relevance to the context

Whilst contactless donation points provide the public with a quick and simple way to give, charities must also ensure that they frame the ask in a contextually relevant manner. Decisions such as the messaging or how much to ask for can make all the difference to boosting donations. Charities really need to think about particular target audiences when designing campaigns.

Contactless giving has been identified as a major solution to declines in cash donations – yet it is important to note that there are many intricacies to manoeuvre when designing such campaigns. Alongside the deployment of such technologies, arts organisations have a responsibility to really think creatively when targeting audiences and donor engagement during the donation process.

Overall, fundraising campaigns need to be powerful, stimulating, emotional and engaging for donors. Organisations need to ensure that their campaigns continue to keep audiences invested in the cause by offering contactless giving methods in creative, interactive and relevant ways.

For example, the People’s History Museum in Manchester introduced contactless technology in June 2019 in order to supplement cash donations.

Accompanied by a visitor welcome team, the contactless terminal forms part of a warm, personable reception to the museum and gently encourages visitors to  donate a suggested amount of £5. It does this through customised messaging on its HD screen, which also displays an instantaneous ‘Thank You’ as soon as someone has made a donation.

Embodying the ideals it promotes, entrance to PHM is free and open to all. The initial suggested donation amount therefore needed to remain small in order to appear reasonable to audiences.

Don’t be afraid to keep it simple

Make sure that traditional donors still have the opportunity to give in a way that is familiar to them. For example, visitors may still expect to see donation points in entrances and exits and at an initial stage, it may be useful to offer contactless giving directly alongside traditional cash donation boxes in these locations. Alongside this, the messaging should be clear and simple.

Choose an ask that is relevant and tangible

Think creatively about the ask, linking it directly to a specific outcome. This could be the price to support one child to attend a workshop day, the cost to preserve or acquire a specific artefact or object or maintain a specific room, or a request for visitors to match their spend in the café with a donation to the core costs of the organisation.

Innovative approaches should be focused on interaction and experience

Where an organisation might want to explore a more innovative approach, the focus should be on creating an interactive experience that is suited to their audience. This could include embedding tap to donate opportunities directly within certain artefacts and exhibitions. Alternatively, look at developing an interactive video display that is linked to an organisation’s key messaging. the focus here will be to show what the impact of the donation will be. Some examples of this might be a video that depicts the capital transformation of the organisation itself or a video that shows the narrative experience of the wonder that a child experiences when participating in new activities.

Another successful way charities are encouraging supporters to donate through contactless is to install devices in shop windows, where shoppers can  give money as they walk by. These can be in a charity’s own shops as well as through linking up with local businesses.

Among charities benefitting is Greater Manchester Mayor’s Charity. Goodbox’s Tap to Donate devices are installed at shops across the city, inviting shoppers to “tap and give £3” to good causes it is supporting.

Ben Wilson, Director of Development and Enterprise, Cause4

This article was originally published via the Arts Fundraising & Philanthropy Now, New and Next publication (Winter 2019). It has been updated to reflect more recent changes, developments, and research. The original publication date has been included for reference. 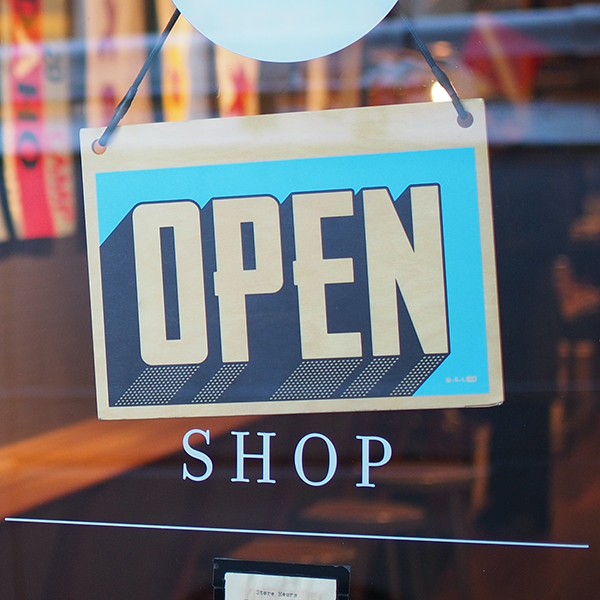 How can heritage organisations achieve online sales and visitor targets?

In this comprehensive guide, Chris Unitt provides a strategy to help your organisation achieve its online sales targets. From the type of products you sell online through to successful sales on an e-commerce platform that works for your organisation. Chris offers guidance on how to drive traffic to your online shop and how to measure success by tracking purchases through Google Analytics. 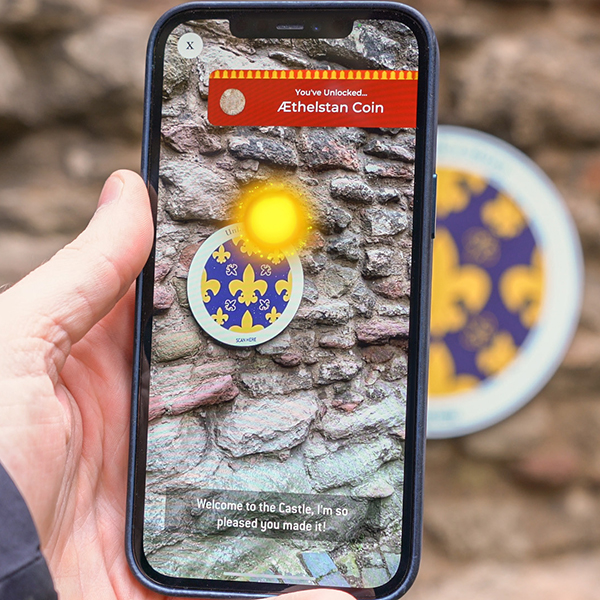 Immersive Media also known as XR offer visitors the opportunity to engage with heritage organisations through VR (virtual reality) and AR (augmented reality) experiences. There is a lot to consider before diving into an immersive media or computer-generated project. In this resource Emma Hughes from Limina provides useful insight to help clarify some questions you might have about the feasibility of introducing XR experiences at your heritage organisation. 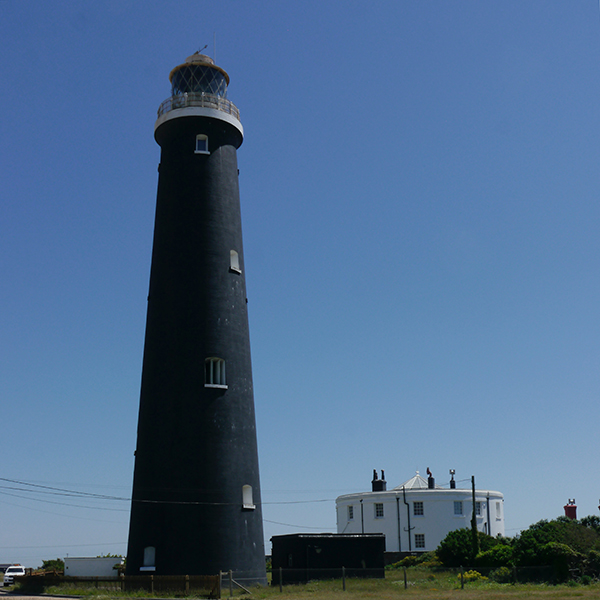 Digital skills for fundraising have become even more important for all organisations. In this webinar recording Howard Lake provides practical ideas on what digital fundraising approaches and priorities to focus on. He highlights which skills will support digital fundraising in this digitally-led period — from data, social media marketing, and email, through to inspiring audiences and supporters, and making a visual impact.

Please attribute as: "Innovation in Fundraising Technology: The Rise of Contactless Giving (2022) by Ben Wilson supported by The Heritage Fund, licensed under CC BY 4.0

How can heritage organisations achieve online sales and visitor targets?