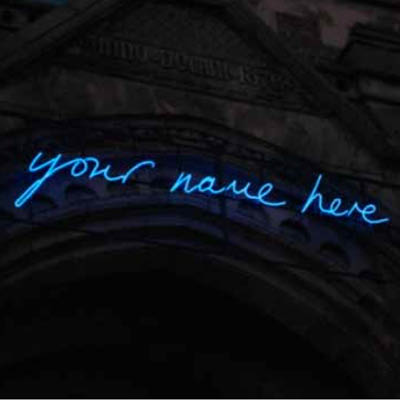 By Heart of Glass

Learn how a new artist commission sparked mass participation and the eventual renaming of a park in St.Helens, Merseyside.

Your Name Here is a Heart of Glass public art commission developed in partnership with Arts Council England and St. Helens Council. The project was conceived by artist Joshua Sofaer, who encouraged the people of St. Helens to get involved in an interactive public art competition.

The competition gave the public the opportunity to nominate someone to be commemorated permanently by having a park in St. Helens named after them. Anyone from anywhere in the world could enter the competition but we were particularly interested to recieve nominations that had a connection to St. Helens.

After the competition closed a panel of judges chose a winner from the names. Vera Page Park was officially revealed in late summer 2015. The name will remain permanently in place for all to see, becoming part of the fabric of the town and its maps.

Your Name Here was designed to initiate a conversation in St Helens about who we reward in society today and how we reward them. We wanted to begin a discussion on a range of themes including citizenship, history, family and civic pride. What does it mean to be a citizen worthy of praise? In today's celebrity culture, who do we want our role models to be? Who are the important people we have forgotten? Who among your family and friends have been most supportive and transformative in your lives?

Our target audience was the entire borough of St Helens. We ran an extensive media and marketing campaign to ensure that almost everyone in the borough was aware of Your Name Here. We wanted to create a moment of mass participation across the borough to engage the entire town in a conversation through this art project and invitation. 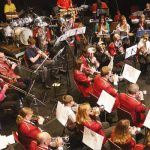 Made in Corby: engaging communities in the arts 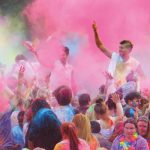 Engaging communities in the arts