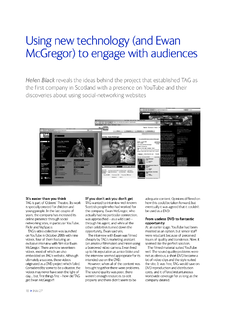 
Helen Black reveals the ideas behind the project that established TAG as the first company in Scotland with a presence on YouTube and their discoveries about using social-networking websites.

If you don’t ask you don’t get
TAG wanted to interview well-known Scottish people who had worked for the company. Ewan McGregor, who actually had no particular connection, was approached – as a wild card – through his agent, and while all the other celebrities turned down the opportunity, Ewan said yes. The interview with Ewan was filmed cheaply by TAG’s marketing assistant (an amateur filmmaker) and Helen using a borrowed video camera. 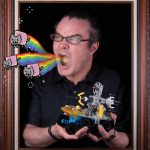 Transforming into a digital organisation: from zero tech to high tech
You may also be interested in