Understanding what people value about libraries 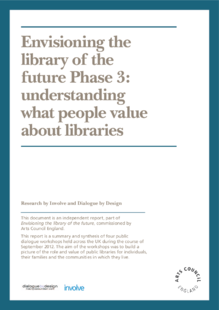 
Part of the third phase of the Envisioning the library of the future research project, this report examines what people value most about libraries, and how this can be used to continue to place libraries at the heart of their communities. The report identifies the importance of the library space, including its look, feel and purpose; the value of libraries to children and young people; the role of libraries in collecting and offering a gateway to knowledge and culture; the inclusivity of libraries and their role in social opportunity and equality, and the tension between change and continuity in libraries.

There were many contradictions in how participants thought libraries deal with, or should deal with, social and technological changes. For example, there was disagreement over the social and community aspect of libraries, the influence of technology, the diversification of services and the commercialisation of libraries. The challenge for libraries is how to reconcile these competing views of how libraries do and should enact these values. The findings from this study suggest that there is great public demand for libraries and the potential for them to continue to adapt to change. 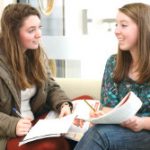