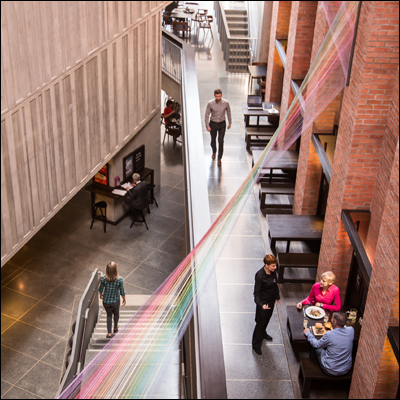 The MAC website achieves a 113% increase in ticket sales

By Lucy Liddell, The MAC, Belfast

Lucy Liddell shares how taking a mobile-first approach and providing an outstanding user experience has enabled The MAC, Belfast, to increase ticket sales and revenue.

The MAC, Belfast, is an award-winning venue in Belfast’s Cathedral Quarter. It is home to all kinds of exhibitions, theatre performances, experimental works and endless goings-on.

We wanted our website to better reflect the MAC’s brand and respond to users’ needs. We teamed up with Eyekiller to create a site that would enhance the mobile browsing experience and offer a seamless booking process.

By concentrating on user experience and taking a mobile-first approach, we’ve achieved:

Getting the basics right

During the early stages of the project, Eyekiller ran user experience workshops with the team. We used post-it notes to list all the pages from the existing website and sort them into a content hierarchy. Eyekiller then turned that hierarchy into our new sitemap.

Before taking the design further, Eyekiller carried out Remote User Testing with MAC audiences. We wanted to test the basic structure without the visual design to make sure the language and sitemap made sense to people.

We used our e-news to share the link and invite people to join the testing. We offered tickets to a show as an incentive and received over 150 responses.

During the testing, participants had to complete a series of simple tasks. Tasks included buying a ticket for a live event and finding out about hiring a room at the MAC. Eyekiller tracked which links people clicked for each task so that we could make sure information was where people expected it to be.

Conducting user testing early on meant we were able to tweak the structure and get it right from the outset.

65% of users access the MAC’s website on a smart phone or tablet so Eyekiller took a mobile-first approach to the design. They began by creating low-fidelity prototypes, known as wireframes. This enabled them to focus on user experience, including the layout of content, calls to action and navigational systems. Once they were happy with the prototypes, they were then able to adapt them for desktop users.

We also adopted a mobile-first approach within the MAC team. We now look at the site on mobile devices during all website meetings, rather than on a laptop. That shift in mindset has enabled us to provide a better browsing experience for mobile users, resulting in a 209% increase in revenue on mobile.

During the prototype phase, Eyekiller carried out moderated user testing with a selection of our target audience. They tested both mobile and desktop wireframe prototypes and recorded and analysed the sessions to identify early areas for improvement.

Once we had launched the site we did further user testing through usertesting.com. Arranging it through a third party enabled us to reach participants who had no relationship with the MAC. We were able to specify the demographic of the testers and the type of device we wanted them to use. Participants would then video themselves using the site and give a running commentary of what they liked and didn’t like.

The results of the user testing helped us shape the tone and content of the site. We discovered that people wanted far more information about shows than we had been providing. They wanted to know the duration, whether there would be an interval, and details of the cast and creative team. Users responded particularly well to videos and images that showed them exactly what to expect. It was very clear from the responses that people didn’t want surprises. 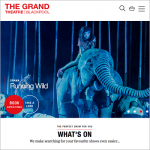 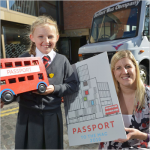 The MAC, Belfast, increases school visits with Passport to the MAC 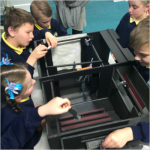 The MAC, Belfast, reduces the fear of the unfamiliar for children with autism spectrum disorder