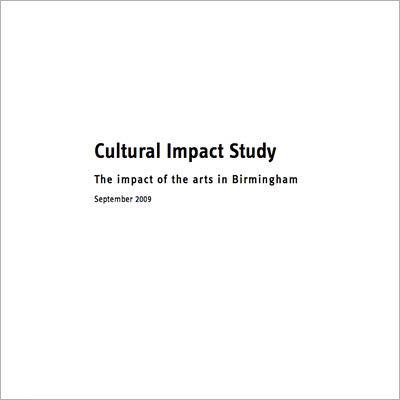 The impact of the arts in Birmingham

A study to identify the economic contribution of the main arts organisations to the Birmingham economy and the impact they have on the image, profile and perceptions of the city and wider West Midlands region.

Birmingham Arts Partnership (BAP), which represents a group of major arts organisations in Birmingham, and Advantage West Midland (AWM) commissioned Morris Hargreaves McIntyre (MHM) to undertake a full assessment of the impact of the cultural sector across the city of Birmingham. BAP comprises the major cultural venues within the City Centre.

The aims were to:

Mapping: Postcodes of any patrons attending performances in the past year, which were analysed and mapped (178,619 postcodes supplied)

E:survey of attenders at events at the participating organisations in the past 6 months (1,550 completed surveys)

This report represents a summary of the research data.

The data contained in this report provides clear evidence of the contribution city-based arts organisations’ are currently making to the economy of Birmingham and the West Midlands, to the profile and brand identity of Birmingham and the region, as well as the
difference it makes to the lives of individuals, and the communities in which they live.

It presents a strong case for continued investment in culture, and on-going support for city-based arts organisations to deliver the cultural offer. The report should enable arts
organisations and stakeholders to better understand what potential exists within the City, in the region and beyond the region, to develop new and existing arts audiences and increase the overall economic and societal impact of the arts both within and outwith the West Midlands. 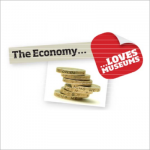