Taking part – updated statistics for 2011/12, including how children take part 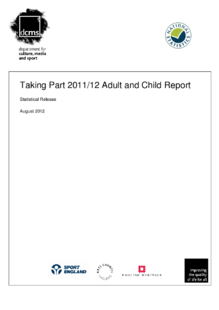 By: Department of Culture, Media and Sport


This report gives us an update on figures gathered during the seventh year of Taking Part, and includes for the first time statistics on how children engage with culture, leisure and sport.  With data on well being, arts engagement and digital engagement, this report gives an excellent overview of trends in engagement across England. 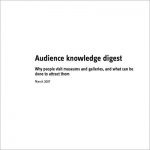 A digest of information available on audiences in the North East 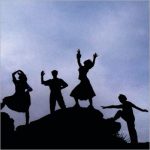 Taking Part Survey audience patterns, behaviour and barriers
You may also be interested in