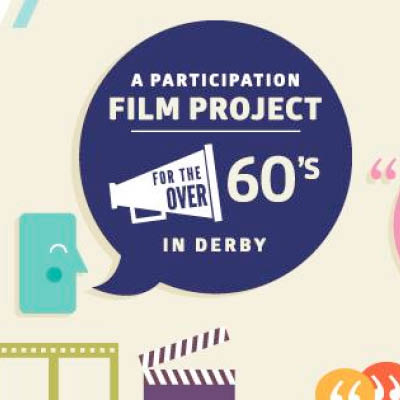 Learn from Derby QUAD's experience of engaging and working with over 60-year-olds in a participatory filmmaking project.

QUAD is Derby’s centre for art and film. It is a gallery, cinema, cafe bar and workshop that anyone can use. QUAD provides facilities and services that connect people and businesses to art and film, creating opportunities for entertainment, education and participation.

Shine A Light was a participatory filmmaking project for those aged over 60. It was designed to provide older members of the community with an opportunity to show that life and learning do not stop at retirement.

The two-year project was funded by Esmée Fairbairn Foundation, with a grant of £195,000. The overall value of the project has been projected at
£235,000.

Shine A Light tapped into the many diverse groups, societies, clubs and interests across Derby and Derbyshire. Nine different groups created and inspired stories about their interests and were paired with professional directors to turn them into films.

It was important for us to work with professional producers and directors so that participants were able to create something of a really high quality.

We were very fortunate to have several brilliant producers and directors based in Derby who were willing to get involved and opened up their
networks for the project.

The producers were contracted through QUAD and then allocated a budget to produce the films. That budget was used as they saw appropriate. Many of the directors donated their time and even sourced funding and resources from other areas, including the University of Derby.

We researched groups and activities that already existed for people over 60. Some were run by organisations so we approached them through those organisations. Others we found contact details for and spoke to them directly, either over the phone or in person.

It was clear early on that emailing wasn’t going to work. The groups we were approaching weren’t necessarily engaged in the arts and they were skeptical about getting involved. They had seen fly-on-the-wall documentaries where their age group were mocked and they didn’t want to be judged or ridiculed.

It was only through sheer persistence that we managed to build up trust with different groups and get them involved in the project. 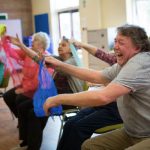 Engaging Communities 'On Your Doorstep'