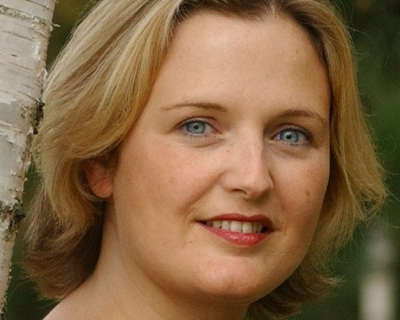 Segmentation and Customisation are King

Segmentation and Customisation are King in Spektrix’s new Insights Report 2019.

During the course of 2018 arts organisations using the Spektrix system sent a whopping 261 million promotional emails via dotdigital to previous arts attenders.

The Spektrix Insight Report 2019 looks at a range of metrics across its user base for 2018 and when it comes to email, lays out in black and white the bald facts – that segmented and targeted emails achieved a 39% open rate, compared with 27% for unsegmented ones and a doubling of the click rate (8% vs 4%).

In addition, our own research at Indigo has shown that the monetary return on investment from segmented vs unsegmented emails is typically at least three times higher.

So why are many organisations still falling into the trap of sending mass, unsegmented emails, rather than sending fewer, more targeted ones?

Here are a few reasons I’ve heard when asking arts marketers this question:

-        “We still need to sell [x] tickets, so we need to keep finding people to email until we’ve reached the target”

But I would argue that the approach of sending everything to everyone is a false economy, because:

Given that it costs at least three times as much to acquire a new customer than to keep an existing one, this is really dumb.

So what are the ingredients for a successful email approach? I’m going to suggest the three inter-linked factors:

Data Selection – Ensuring that you have selected people carefully for the email you’re going to send is crucial. Choosing a smaller group of people who share similar interests, behaviours or needs, rather than a large group whose needs will differ hugely is likely to yield much higher engagement and returns, and crucially ensure that you’re not over-emailing people. It will also make it much easier to design an email that speaks to them directly, as their needs are much more clearly defined.

Content – once you have a clearly defined set of people, it’s much easier to select content that matches their previous behaviours or preferences, rather than having to include everything in the hope that the list includes something that appeals to them.

Giving people less choice but making the content more relevant almost always gets a higher response rate, as we’ve found that too much choice can be overwhelming, confusing and takes too much time to digest.

Understanding which content is relevant to different groups of people needs to be based on a combination of sources of data about them. This could include behavioural data, such as what types of events they’ve visited before and whether they usually book early or late, but also other data gathered via surveys, web behaviour or social media.

In Indigo’s work, we’ve worked with organisations to create a segmentation model that begins with behaviour, but that layers on top attitudes and preferences, particularly in relation to fundraising. This has enabled us to create a set of personas, whom we can then target very successfully with aspects of the programme that don’t necessarily fall into the same artform category, but we know should appeal – and crucially, identify the right type of fundraising ask for someone who has never donated before.

Tone of voice – It’s important to match the tone of voice that is most likely to connect with the people you’re talking to, being creative and perhaps quirky, rather than having to adopt a bland tone that appeals to no-one.  The creation of personas based on behaviour + attitude is really helpful in this process as it gives you a clear understanding of each segment and the ability to write in a way they want, rather than a way you like.

But also…. A couple of other tricks we’ve seen work really well:

The double-punch – Where organisations have combined an offline campaign with a much more targeted email follow-up we’ve seen response rates double or triple. For example, sending patrons a general overview of the season by post, followed up a week later (if they haven’t booked) by a very targeted email, depending on their persona, has a great effect in many cases.

The blatant ‘click-bait’ – Organisations who have vastly simplified their emails down to strong images with only short, intriguing lines of copy (if any at all) have seen click-through rates double or triple. It sounds obvious, but many emails are still very text-heavy and dense. Drawing people in to find out more is the key.

In summary, the stats speak for themselves: where careful segmentation and thoughtful customisation meet, the rewards are great.

Figures supplied by Spektrix, collected as part of the 2019 Insights Report analysis 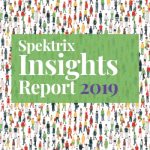 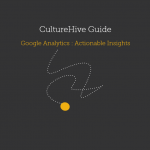 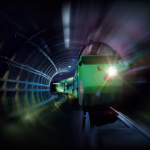