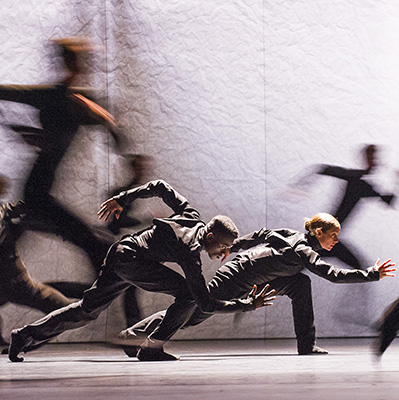 How Sadler's Wells made changes to its new membership scheme to increase new Members by over 50%. Director of Marketing & Sales at Sadler’s Wells Sebastian Cheswright Cater explains exactly what has changed.

Sadler’s Wells’ new membership scheme was relaunched in February 2017 to reflect the way the organisation had grown over the last few years.

As Sadler’s Wells has played an increasingly important role in supporting the development of dance and dance-makers, we needed our audience to understand that the new membership scheme had a philanthropic mission at its core, as opposed to the old scheme which was purely transactional and benefit-driven.

We had to ensure that any changes didn’t alienate loyal customers, while also appealing to a much wider group of potential members.

Research with our core supporters showed us that they were ready for a change, so we felt confident that our new scheme would be well received.

In the first few months of the membership scheme’s relaunch, our customers responded extremely positively, with substantial increases in members, ticket sales and donations.

Sadler’s Wells’ annual income is made up of 10% public funding through Arts Council England and over 70% from ticket sales. While audience development is key to our success, financial stability is equally important, and our membership scheme has to balance the needs of our audience with our function as a charity.

The old ‘Friends’ membership scheme was put in place 15 years ago, when our new artistic programming policy was establishing itself, and audience development and sales generation were key to our financial survival.

These discount schemes helped us widen our audience base, but as audience loyalty increased, the income drift grew proportionally, which ultimately affected our overall yield. In 2015-16, we lost £102k of income due to the 2-for-1 Friends voucher, so for a scheme that was intended to support us and our charitable aims, it was in fact doing the opposite.

Our overall membership numbers had plateaued over the last few years, and we had intentionally not promoted the scheme as our income loss to discounts was significant. In the last couple of years, we had undertaken some Christmas gift membership drives, and due to their success we knew there was still an interest in a membership scheme.

With many Friends having been members for several years, we had to ensure that any changes didn’t alienate these loyal customers, while also appealing to a much wider group of potential members. 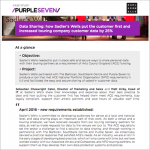