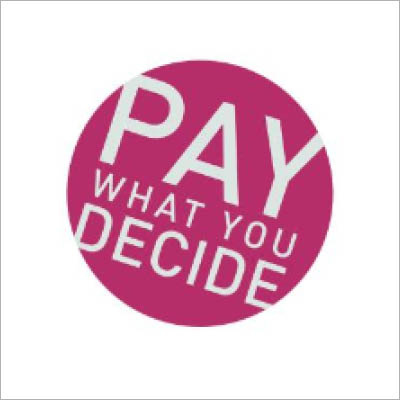 Pay What You Decide – A Toolkit

Explore the practicalities of setting up a Pay What You Decide pricing strategy. ARC Stockton's handy toolkit features results from their trial and advice on everything from box office setup to gift aid and donations.

What is Pay What You Decide?

Pay What You Decide (PWYD) is a pricing strategy designed to encourage new audiences to try new work. It requires audiences to book in advance, but voluntarily pay an amount determined by them after the show, based on their experience.

Many venues have offered Pay What You Can (PWYC) pricing for years but PWYD is distinctly different. PWYC is about affordability: customers still pay in advance but set the price themselves. The implication is that they pay what they can afford.

With PWYD customers book a ticket without making any payment, then decide after the show what they think it is worth - therefore removing the risk of paying for something they might not enjoy. PWYD therefore tackles both affordability and risk: two of the greatest barriers to people attending new work.

PWYD was not ARC's idea, although we have pioneered its use in established venues. PWYD was first introduced by Slung Low's HUB in Leeds, a makeshift performance space situated in five railway arches in the Holbeck area. You can read more about it here.

In January 2015, we took the bold decision to introduce PWYD pricing on our entire theatre, dance and spoken word programme - initially for a six month trial period.

The risk to ARC was offset by a number of factors:

It is very important to say that we chose to protect artists and companies from risk by converting any box office split deals to guarantees. Where a split had already been agreed with a company, we estimated the box office income based on expected ticket sales/fixed ticket price and agreed a guarantee using this figure, set against a percentage of the box office if PWYD income exceeded our estimate.

It is also important to recognise the context and scale of ARC's operation. ARC is a multi-artform arts centre situated in one of the most deprived wards in the country, where there is very little culture of theatre-going. Our theatre programme consists entirely of small-scale new theatre work that is more usually found in fringe venues. We aren't programming week-long runs of known adaptations, but presenting around 30 - 35 shows for one or two nights each per year.

Browse by smart tags
Pay what you can Pricing
Resource type: Guide/tools | Published: 2016