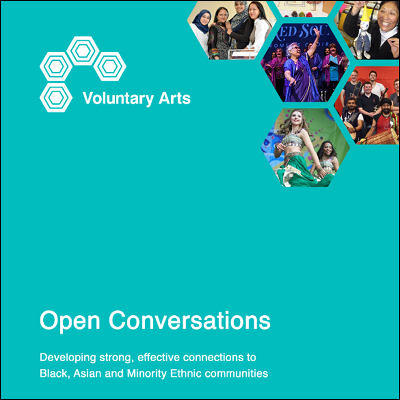 Voluntary Arts shares the process it undertook to create a national Black, Asian and Minority Ethnic Advisory Panel. Explore the outcomes and learning that resulted from the work of this Panel.

Voluntary Arts is a national organisation which works to provide a universal voice for the voluntary arts across the UK and the Republic of Ireland. Like many other publicly funded arts organisations, Voluntary Arts had become increasingly concerned in recent years about the relative lack of diversity within its staffing, governance and beneficiaries. In particular Voluntary Arts had identified “an immediate and pressing challenge to reach out effectively to creative cultural activity in black, Asian and minority ethnic cultures and communities”.

Despite making a commitment to address this issue, very little action was being taken to rectify the situation because the organisation appeared to be held back by a nervousness about causing offence.

Voluntary Arts finally broke out of the cycle of inactivity with a combination of strong leadership, developing partnerships, asking questions and investing in expert support. This report describes the process undertaken by Voluntary Arts which led to the creation of a national Black, Asian and Minority Ethnic Advisory Panel, and the outcomes and learning that resulted from the work of this Panel.

One of the first learning points for Voluntary Arts was that the organisation had been falling into the trap of considering BAME communities as if they were all the same. The range of Black, Asian and minority ethnic communities in the UK is vast and needs vary enormously. It would be foolish in the extreme to expect to be able to design a single offer to ‘BAME communities’. Rather than focussing on training staff about the nature of particular communities it is more important to enable staff to have confidence to speak to someone who is not like them – through mutual respect and exploration. And rather than attempting to categorise creative cultural activity by particular BAME communities, it may be more useful to segment by types of creative activity: aspiring professionals, social activities, preserving traditions, using art for campaigning, activity for health & wellbeing purposes etc. Voluntary Arts needs to position its support in a way that makes clear its relevance to a wider range of groups.

Looking at the needs of voluntary creative cultural activity in BAME communities, the Voluntary Arts BAME Advisory Panel identified: the need for more small grants schemes; the importance of the availability of safe, affordable, accessible local spaces for creative cultural activity; and the value of engaging in simple open conversations and building relationships rather than undertaking more formal consultation with communities.

It will now be important for Voluntary Arts to maintain strong ongoing communications with its new expanded network of contacts in BAME communities.

Voluntary Arts wishes to thank all those who gave their time and shared experiences to help with this work over the past twelve months.

Voluntary Arts has moved, in a short space of time, from a position of embarrassment about its lack of ethnic diversity to a confidence that it is pioneering a new approach to developing strong, effective connections to a range of BAME communities. The organisation is clear that it is still only at the start of a journey but that first step, which allowed Voluntary Arts to break its cycle of inactivity, has been fascinating, inspiring and great fun.

Those of us who are visibly different will be aware of discrimination – subtle, unintentional or overt – by individuals and by institutions. Since the EU referendum in June 2016, there has been an escalation of open hostility across the UK. This hostility was always present but was, for the most part, just beneath the surface. Black and Asian communities in particular have been familiar with this experience over generations. Brexit has expanded the bile towards other minorities living and working in the UK.

A consequence of this prevailing discrimination – one that even Theresa May acknowledges to be long standing and still prevalent within public sector practices – is withdrawal and disconnection. Some may say “if they [BAME communities] are not interested in what we have to offer, why should we make extra effort?” This ‘one size’ mentality sees the misfits as being the ‘wrong size’. And conversely BAME communities may ask “why should I go where I’m not wanted, to be insulted and undermined each day?” How is it possible to be one’s best in this context?

This report reflects on the success created by the determination of Voluntary Arts to persist with a challenge that they, and many other arts organisations, have been committed to for several years – namely achieving greater inclusion. Racially diverse engagement has posed distinctive challenges for those under-represented and disconnected organisations to achieve.

There is no template to building trust. Developing meaningful relations demands taking the time to identify what that means to each person – looking at the implicit value in the varied cultural expressions that communities explore and create. There are many activities taking place and being enjoyed and appreciated but not connected to a wider constituency.

This approach rejects the traditional deficit model which asks “why are they not enjoying what we have to offer?” – a view that has tended to excessively frame consideration of the contribution of BAME communities. Integral to the deficit model and mindset is the idea that if BAME communities are not present then they must be deficient. The deficit model implies the arrogance of knowing best and the disbelief that there are other cultural, regional and local expressions engaged and enjoyed by BAME communities.

We must make our communities – the places we live and/or work – places where everyone can contribute, making the notion of multiculturalism a shared lived experience that is open, inclusive and cause for celebration.

Download the report to read on:
Open Conversations (PDF) 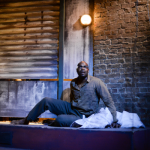 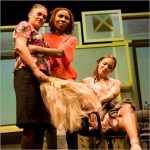