New Flow – a better future for artists, citizens and the state 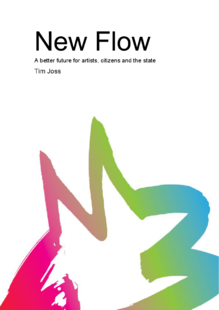 This accessible and stimulating work argues that artists have an important contribution to make to our society and economy, but it is not being fully realised. It examines how we can reshape the sector in order to release artists’ potential to the full, and achieve the most profound and far-reaching impact possible.

The way arts organisations tend to lag behind innovation elsewhere in civil society and the economy, and even within government, makes the challenge greater. Futurologists often quote a phrase attributed to the science fiction writer, William Gibson: ‘The future is already here; it’s just not evenly distributed’. This resonates with the arts.