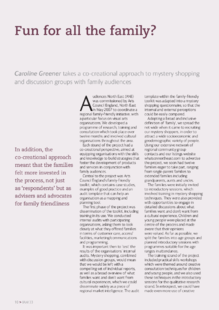 
In May 2007 Audiences North East (ANE) was commissioned by Arts Council England, North East to coordinate a
regional family-friendly initiative, with a particular focus on visual arts organisations. They developed a programme of research, training and consultation which took place over twelve months and involved cultural organisations throughout the area.

It was important then to ‘test’ the results of the organisations’ internal audits. Mystery shopping, combined with discussion groups, would mean that we would be left with a compelling set of individual reports, as well as a broad overview of what families want and don’t want from cultural experiences, which we could disseminate widely as a piece of regional market intelligence. 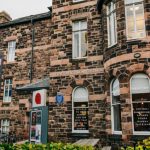 Understanding Audiences with Focus Groups
You may also be interested in