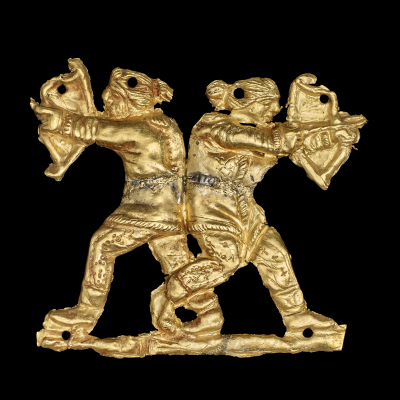 Marketing the unknown: a case study on the campaign for the BP exhibition Scythians: warriors of ancient Siberia at the British Museum

How do you get people to engage with something that they have never heard about? Ella Lewis-Collins, Senior Marketing Manager: Campaigns, British Museum takes us through the campaign for the BP exhibition Scythians: warriors of ancient Siberia including key takeaways on what to do to attract audiences to unfamiliar work.

When I first found out that a major exhibition was being planned on the ancient culture of the Scythians, I can’t pretend that I wasn’t concerned. The exhibition sounded incredible but being a marketer with the primary objective of selling tickets, it was a worry. I expected 95% of the population (if not more) would never have heard of the Scythians. Compared with our recent popular exhibitions focused on historical cultures including Vikings and Celts, it felt like a tricky proposition.

My suspicions were confirmed when around a year from the opening, we invited focus groups to see what they thought of the idea of the show. Their first task was to write on post-it notes everything that they knew or could guess about the Scythians. Unsurprisingly knowledge was limited. Some wrote ‘Americans’, ‘something to do with scythes’, we even had ‘the grim reaper’. One person said, ‘nomadic people of the steppe’, but they were certainly not the norm. Most people had no preconceived ideas about who these people were, no vision (however inaccurate) in their heads about what they might look like or how they lived. And this was a problem, because without some connection or even recognition, it is very difficult to get people to spend their money on an exhibition ticket.

So how do you get people to engage with something that they have no idea about? Our strategy was to do the following:

Focus group feedback indicated it was important that the marketing campaign used a representation of a Scythian (rather than just one of their objects) to help develop a connection with the Scythian people. We therefore decided to use a gold object that showed a Scythian warrior on horseback for our marketing creative.

To make the Scythians familiar we needed to have them everywhere. This is obviously difficult to achieve without a vast marketing budget but we tried to give a sense of repetition as much as possible throughout the campaign.

One way that we did this was to keep the creative consistent. For some exhibitions we will change the creative part way through a campaign. This was too much of a risk with Scythians, as we needed the Scythian horseman to become something recognisable for people. We therefore used him repeatedly and consistently across every aspect of the marketing, from leaflets and underground posters to our digital ads and our exhibition trailer, which brought him to life through animation. This common thread helped to unite the campaign.

We also ditched our more traditional approach of having phased advertising (around opening, the middle of the show and for final weeks) in favour of having a consistent ‘always on’ approach and sacrificed large formats for smaller ones with greater frequency, getting our creative out to more people.

The evaluation survey of visitors to the exhibition suggested that this strategy worked. In fact, despite the unfamiliar subject matter, a higher proportion of visitors recognised the outdoor advertising than previous exhibitions with larger marketing budgets.

Image: Gold applique in the form of two Scythian archers. © The Trustees of the British Museum