It’s time to change the conversation about mental health in the cultural sector to one of positivity and openness.   Creative Freedom have developed a manifesto for mental health in conversation with people in the arts, cultural and creative sectors and have launched a simple framework for organisations that want to seize the initiative and take positive action.

Creative Freedom was established in 2018 to change the conversation about mental health in the cultural sector.

In the cultural industries, the troubled genius has been part of the narrative throughout history.  From Vincent Van Gogh to Sylvia Plath, creativity and mental illness have been intrinsically linked.  Despite this, the sector has struggled to develop a proactive response that supports those at risk of mental ill health, whether they work in front of or behind the scenes.

​A 2015 survey by ‘Arts Minds’ uncovered the scale of mental ill health across the sector.  Of the 5000-plus people who responded, over 20% said mental health problems had impacted on their career to a greater or lesser extent.

We have developed a manifesto for mental health in conversation with people in the arts, cultural and creative sectors and have launched a simple framework for organisations that want to seize the initiative and take positive action.

At the centre of the manifesto is a commitment to providing a Mental Health First Aider in every creative workplace in the UK.

Whilst physical first aid is mandatory in UK workplaces, training on how to spot the signs and symptoms of mental ill-health is seriously lacking. We think this is wrong.

Every organisation should have Mental Health First Aiders to support their employees, contractors and other workers

Everyone has mental health and maintaining it is just as important as maintaining physical health.   If you saw a colleague have  injure themselves, you wouldn't hesitate to run to their aid - but would you know what to do if you thought they were developing mental ill-health?  Here's five reasons why every creative organisation needs mental health first aiders.

1)  A mental health first aider has the knowledge, confidence and insight to start important conversations if someone is displaying symptoms of mental ill-health.   MHFA courses teaches people to spot early indicators and risk factors so that they know what to look out for.

2)  Work can be stressful - but just talking about stress can help to alleviate it.  Having trained mental health first aiders gives people someone to turn to if things start getting too much.

3)  By supporting the training of mental health first aiders, organisations are sending out a powerful signal to everyone who works at or visits an organisation, that they care about mental health.  This in itself starts conversations and removes stigma.

5)  The human cost of mental ill health is high and so is the financial cost.  UK employers lose £34.9 billion each year due to mental ill health, but by investing in Mental Health First Aid they could have a positive impact on their people and on their bottom line. 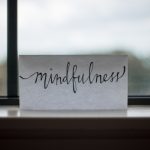 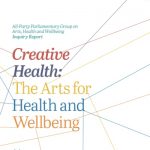 Creative Health: The Arts for Health and Wellbeing
You may also be interested in