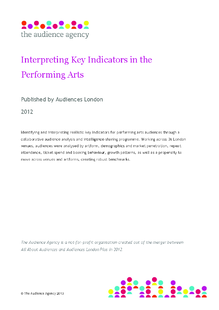 As with repeat attendance, those attending two or more venues account for proportionally more tickets sold and income generated than those who only go to one. The effect is more pronounced with 85.5% of households only attending one venue, compared to the repeat attendance data which show that 68.1% of households only attended once. So this suggests that in any given year venues have a fairly unique audience but that the majority of this audience is not particularly loyal, only visiting once in the year. This is one of the insights which has helped to foster collaboration between venues who produce work in similar artistic fields. When looking at crossover between different artforms a similar pattern emerges.