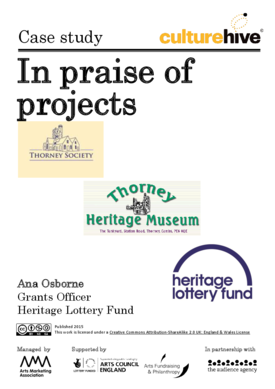 In praise of projects: funding an independent museum

The Thorney Society, a community charity in the village of Thorney just outside Peterborough, has run the independent Thorney Museum since 1987. Housed in a converted Victorian building, it is open to the public during the Summer. In 2013,  the Thorney Society approached the Heritage Lottery Fund (HLF) East of England for funding to develop resources for people with visual impairments. This case study describes the objectives, process and outcomes of this successful funding application.