How to develop a diverse audience base 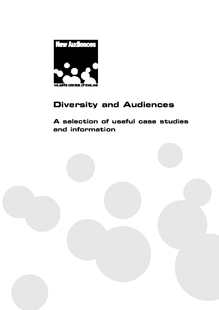 
This series of five case studies demonstrate different possible approaches for increasing the diversity of your audience. From the Balti Bus project at the Lawrence Batley Theatre, through to The Ramayana at Royal National Theatre London, each project approach is outlined and its effectiveness evaluated.

How to develop a diverse audience base October 19th, 2018Sara Lock

The adverts on the buses helped word of mouth spread in the Asian and non-Asian communities  but it is difficult to measure the impact of this scientifically. Certainly it increased the visibility of the show on the major bus routes.

The ambassadors provided a great source of expertise, which benefited the LBT staff greatly in their efforts to make the LBT as welcoming a venue as possible for first time attenders from the Asian communities.