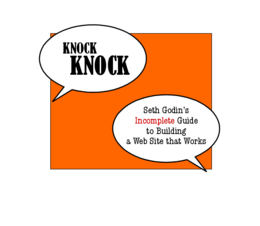 This guide to building a website. It asks why build a website and explores buying traffic, tone of voice, search engine optimization  using cookies to differentiate new customers from returning customers and changing content,

Big Picture: What a Web Site Does

Big Picture #1:
A Web site must do at least one of two things, but probably both:

A Web site can cause only four things to happen in the moments after someone sees it:

That’s it.
If your site is attempting to do more than this, you’re wasting time and money and, more important, focus.