How I Cope – Jonathan Stone

How I Cope  is an on-going blog series where colleagues from across the sector – and at different stages of their career – share their experiences of self-care and wellbeing.

Mental health and balancing work and life is increasingly recognised as essential to our happiness and ability to make the most of our talents. By encouraging greater awareness and exchanging tips and helpful advice,  How I Cope aims to create a space for us to support each other, and the health of our sector in general.

A few years ago, I began to fall over. I couldn’t run, I banged my knees, become clumsy, cantankerous and withdrew from the world. After 25 years as a performer – with my brother in Ralf Ralf and with my own company, then solo work, working with the band Hot Mouth and making film and music – I was struggling.

On March 30th 2017 after a genetic test at UCL Hospital in Queen Square I was diagnosed with Spino-Cerebellar Ataxia 17. ‘Incurable degenerative genetic condition’, the doctor told me. Eventually I would slur and slobber, lose limb control and end up in a wheelchair. I was told my case was mild, but it was still scary and disorientating.

I found out I had a 76% chance of developing dementia. My confidence was in tatters anyway and the diagnosis made my physical and mental state worse. I started using a stick for my balance, but after a few months, I gradually realised my fear made things more difficult. If your muscles are tight you are less able to do many simple things, and less able to feel and orientate yourself to the world around you. To tackle this diagnosis, I needed to feel and be aware of what was happening to me. My fear made me more tense.

’Pretend it doesn’t exist” someone said.

Er yes, But it does exist! I fall over! I bleed!

Although I was depressed and scared, giving in to the diagnosis, giving up hope, felt wrong. I wanted to be cognisant of what fortune had dealt me and then be able to deal with it, Then fate, or something, conspired to help me – I had a chance meeting with a neurologist who explained epigenetics to me.

Briefly, previously scientists thought your genetic makeup determined everything- how your life went, when you got ill, when you die etc.  Recently they’ve discovered that its both your genetic inheritance but also what triggers genes – particular genes have a particular propensities but they have to be triggered.

So even though my diagnosis is indisputable, even though my walk was funny, I fortunately hadn’t yet triggered the genes that will stop me walking and speaking and put me in a wheelchair. But I am 60, I have no pension, don’t own property, don’t run a car or own a TV.  I have to keep active to make a living. I am a performer; I have always made performance. What am I going to do – give up and do something else? I decided I had to adapt my life towards a pragmatic way of living.

I have tried other things. Years ago, I studied herbalism – the doctors and students wore white lab coats, which I found funny, as if they were performers wearing costumes, trying to demonstrate how legit they were. Despite really wanting to learn about herbal medicine I had a different sensibility. For many, self-awareness and the ability to laugh at oneself is a sign of weakness, but performing has taught me to not be afraid of laughing at myself, that vulnerability, humour and self-awareness is strength.

And then there are old books. My parents were Antiquarian Booksellers and I have helped them on and off since I was 12. I’ve worked for them and other booksellers, researching and cataloguing between bouts of performing. I thought about becoming a bookseller- it’s solitary, static and I know the book world a little. But however much I love the history of bookmaking, printing and communication it is a closed past old world, whereas making performance, music and writing is an open world. It’s about being in the world now, being aware of what’s in the air and making new things. I prefer being in the world.  That’s why I am in the arts, and why I make performance and music.

Now, with my physical limitations, I can no longer jump and run around stage, but I still have hand-eye co-ordination, and am able to sing and speak. Somewhere within my knowledge and skillset there has to be a way of recovering from my diagnosis and staying alive successfully as a performer and maker, focusing on my vast experience of working across cultures and audiences.

I am tired of people saying it is unrealistic to expect to make a living as an artist. I have made a show, Jolly, which is about what I can do. Its about finding freedom within my physical limitations – after all, if I can’t accept my limitations I am more likely to become dependent on the deluded belief that a miracle cure is imminent. When I perform I like using mistakes, to keep going whatever happens. I’ll use any mistakes that my Ataxia causes – I try to get it right, but if I mess up, so what? Shrug it off! I always used the analogy of the performer being the doctor and the audience the patient. Now, post diagnosis, that seems more important than ever.

Being in the world as a performer means answering a need, meeting one’s audience. It is part of the craft of the performer to communicate with your audience – treating your audience with respect and intelligence, being aware of the issues, stresses and yearnings of the zeitgeist. Meeting your audience. Creating the magic, the beauty, and the humour of live performance. So, no option then, I’d better make this work … 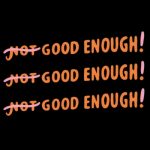 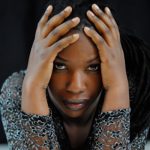 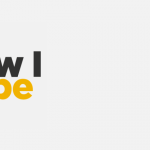 How I Cope – Arnelle Paterson 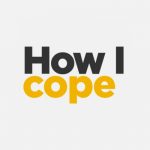 How I Cope: Developing Workplace Cultures
You may also be interested in