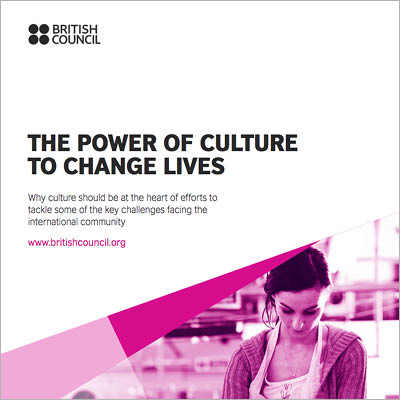 This paper for the Edinburgh International Festival Summit of Culture explores culture as a tool for building trust and enabling dialogue, kick-starting economic development, post-conflict reconstruction, and influencing young people.

The Power of Culture

Cultural policy is often marginal to the political process, outside of the mainstream of heavyweight economic and social policy debates, or is appended as a supplement to them. Against this backdrop, perhaps now is the time to reappraise the role of the culture ministry and, in particular, whether the often marginal role of culture in government should be reviewed. Many countries do not have dedicated culture ministries, relying instead on a range of different bodies and agencies, but the same issues apply. Given the tough challenges facing the international community, now is the time to ask whether culture should be placed centre stage in the governing process. Here are some reasons why:

Culture can transform people’s lives in ways that governments often struggle to achieve. Once in a generation, governments achieve remarkable breakthroughs in social relations or in improving the quality of life for their citizens. These step changes tend to be tied to particular historical circumstances or incredible acts of political leadership: the ending of apartheid in South Africa; the founding of the NHS in the UK; the New Deal in the US; or economic reform programmes in China and India, lifting millions out of poverty. However, these moments of political greatness are in reality very rare. Evaluations of thousands of government initiatives around the globe show at best a marginal return on investment. The political process in fact frequently acts as a brake on open debate about underlying causes of social problems.

Music and healthcare: the benefical impact music has on health

Building the evidence for culture and health