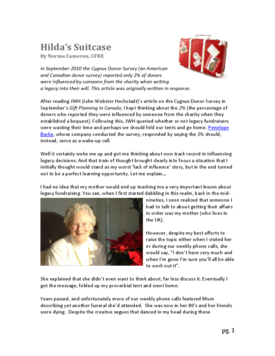 
This article first appeared in the October 2010 issue of Gift Planning in Canada, Canada’s premier source of comment and analysis for professional gift planners. It was written in response to the Cygnus Donor Survey (an American and Canadian donor survey), that reported in September 2010 that only 2% of donors were influenced by someone from the charity when writing a legacy into their will. Drawing upon personal experience, the author advocates the need to build trusting relationships with donors.

From a professional perspective, I learned the importance of letting your prospects and donors know you’re ready, willing and able to be there whenever they decide the time is right.

So, I think we should unfold those tents, and accept Burke’s challenge to step it up. We need to build the type of relationships that instills a level of confidence in our donors’ hearts and minds that will propel them to choose our charity when the time is right. 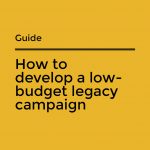