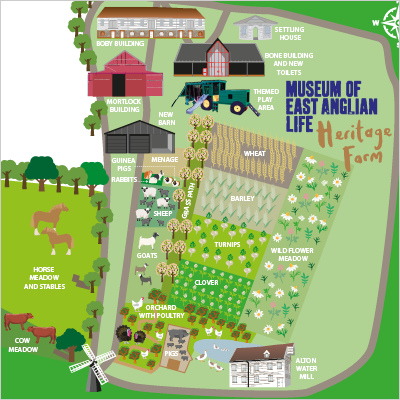 Kate Axon shares how the Museum of East Anglian Life has developed a creative individual giving campaign centred around the founders' vision for the museum.

In the museum’s 50th year we are developing a project to honour this vision and look to the next 50 years.

We want to create a new Heritage Farm at the heart of our site to be a centre for conservation and education about our rural heritage, our food, and where it comes from. We want it to be a place where people can learn about and discuss current farming issues and innovation.

In April 2017, we launched an individual giving campaign to raise funds to introduce rare breeds to the farm.

By focusing on the founders’ vision and developing a creative campaign, we hope to raise £16,000 by October 2017.

Developing the campaign
We had never really run an individual giving campaign like this before.

We accessed support through SHARED Enterprise fundraising cohort programme and mentoring with Apollo Fundraising. Both provided invaluable support in developing the campaign.

We used their advice to develop an urgent story about rare breeds and conservation that felt true to our founders’ vision. When telling the story, we focus on one animal at a time to appeal to people on a one-to-one level.

Paving the way
Before we launched the campaign, we began drumming up community support for the Heritage Farm. We told the story of our founders’ vision and the importance of preserving rare breeds, which are native to East Anglia.

We talked to volunteers before Christmas. They had an immediate whip-round and raised over £120. We also spoke to the Friends of the Museum and they chose an area to fundraise for.

Before long, members of the community began contacting me with fundraising ideas including coffee mornings, a sponsored slim and a quiz night.

Piggy bank adoption
One of the rare breeds we want to preserve through the Heritage Farm is the Large Black Pig. We thought it would be fun to incorporate piggy banks into the campaign so we developed an adopt a pig initiative.

Visitors to the site are invited to adopt a pig, take it home, fill it up, and return it to support the Heritage Farm. Each pig has its own name and comes with a personalised note.

Children love the pigs but they’re also proving popular with adults. We will definitely use all of the pigs and may need to order more before the end of the campaign.

Download the case study to read on:
Heritage Farm (PDF) 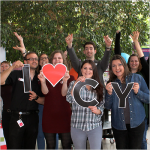