Cultural tourism is where it's at 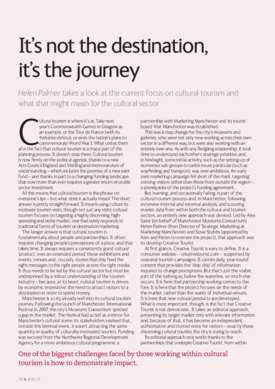 
Helen Palmer takes a look at the current focus on cultural tourism and what that might mean for the cultural sector.

Cultural tourism is where it's at January 27th, 2014Sara Lock

Take 2014's Commonwealth Games in Glasgow as an example, or the Tour de France (with its Yorkshire detour), or even the nation’s plans to commemorate World War I. What unites them all is the fact that cultural tourism is a major part of the planning process. It doesn’t stop there. Cultural tourism is now firmly on the political agenda, thanks to a new Arts Council England and VisitEngland memorandum of understanding – which includes the promise of a new joint fund – and thanks in part to a changing funding landscape that now more than ever requires a greater return on public sector investment. 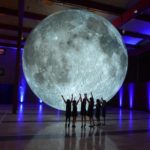 Behind the Scenes: Bridging the gap between tourism and culture
You may also be interested in