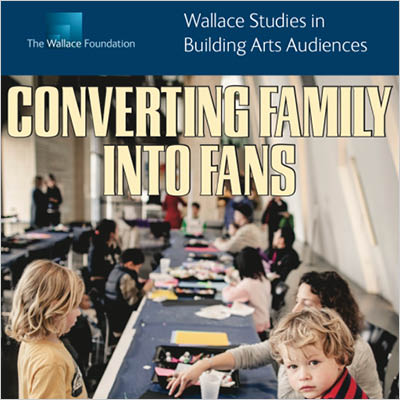 This case study by Bob Harlow and Cindy Cox Roman, published by The Wallace Foundation, shares how The Contemporary Jewish Museum achieved a nine-fold increase in family visitors of all backgrounds.

This case study describes how The Contemporary Jewish Museum (“The CJM”) built a deep understanding of a new audience — families — and how to serve it with new programs that attracted tens of thousands to the museum. It is part of a larger set of 10 case studies commissioned by The Wallace Foundation to explore arts organisations’ efforts to reach new audiences and deepen relationships with their existing audiences. These in-depth reports lay out how the efforts were created and run, describe the results in detail, identify what helped them become successful, and show what got in the way of success. They add to a growing body of field-based research, providing specific examples of individual organisations’ responses to unique circumstances. At the same time, each aspires to capture more-broadly applicable lessons about what works and what does not — and why — in building arts audiences.

The Contemporary Jewish Museum in San Francisco embarked on a transformative adventure in 2008 — moving from an institution that served between 10,000 and 13,000 visitors annually in a 2,500-square-foot gallery to one that hosted more than 100,000 visitors a year in a new 63,000-square-foot facility. As part of that expansion, families with children were targeted early on as a new audience that would not only help elevate attendance, but also infuse the organisation with the vibrancy and curiosity of intergenerational conversation.

Since its founding in 1984, The CJM had been located in the lobby of an office building that was home to and named after another Jewish nonprofit organisation. There, it mounted exhibitions that explored diverse aspects of Jewish culture, history, art, and ideas. Although its exhibitions were designed to have broad appeal, most of the museum’s visitors during those years were Jewish. The museum’s leadership wanted to magnify its reach and impact, promoting explorations of culture through art among a broader demographic audience. This desire led to the construction of a significantly larger museum in a more central location and more high-profile programs with more inclusive themes that would attract non-Jewish audiences.

Connie Wolf, director and CEO at the time, had witnessed earlier in her career the vitality that families with children could bring to museum spaces and wanted that energy in the new facility. Yet attracting a sizable family audience presented significant hurdles. First, the museum had made very few overtures to that demographic in the past. Its exhibitions were designed for adult audiences, and the museum offered little in the way of regular family programming. What’s more, The CJM was little known outside a relatively narrow segment of the Jewish community.

Guided by input from focus groups, the staff set out to raise the museum’s profile among families and deliver a rich and satisfying experience once they visited. For starters, The CJM began presenting regularly scheduled exhibitions of popular Jewish authors/illustrators designed to appeal to both adults and children, which proved to be the most effective audience-building tool. The museum also created regularly available programming that offered families multiple ways in which to engage with exhibitions, including family-oriented tours, special gallery hours for preschoolers, weekly artist-led art making, and activity packs that families could use to explore the museum on their own. Finally, The CJM organized partnerships with local libraries, preschools, and elementary schools, which involved direct outreach to teachers, students, and parents in art workshops and special museum visits.

The CJM also employed several tactics to reduce financial obstacles to attendance, including free admission for all visitors under age 18 (a first for Bay Area museums), and free admission days with family activities that brought in thousands. Yet, any stand-alone efforts that offered only free admission, when not paired with specific family programming, proved less effective at luring families who were unfamiliar with the museum.

Beyond the programs themselves, museum staff members worked hard to create an environment that welcomed families, all the while finding ways to keep the experience positive for adult visitors and avoid becoming a “children’s museum.” Instead, they transformed The CJM into a place where people of all ages would be drawn into exploring contemporary art and culture, through a prism of Jewish life.

Today, The CJM has solidified its status as a family destination. Beyond its expanded programming, it has built institutional knowledge on how to serve families, and relationships with other local organisations that serve them. The new museum has consistently welcomed more than 12,000 family visitors a year, with annual family attendance approaching or exceeding 20,000 in some years, compared with the 1,300 family visitors the institution attracted in its previous facility. Families have gone from 10 percent of all visitors to 15 percent and even exceeded that figure in some years.

The specific tactics The CJM employed were designed to reach families, but the museum’s broader approach of getting to know a new audience in-depth, developing programming and community relationships to serve that audience, and ensuring that the newcomers feel welcome, is applicable to any organisation looking to engage new demographic groups.

Download the full report
Converting Family into Fans: how The Contemporary Jewish Museum expanded its reach (PDF on The Wallace Foundation website) 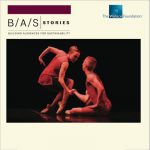