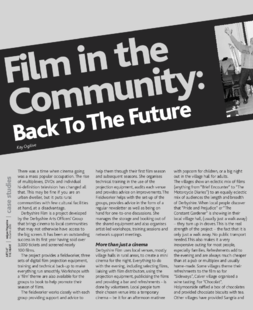 
Derbyshire film provides an opportunity for rural Derbyshire communities to have the cinema brought to them via its portable equipment, in its first year they have sold over 3,000 tickets. We find out how the project works, the experience it provides for learning new skills in projection and liaising with film distributors and how audiences have responded.

The films prove to be not only visually exciting but also an opportunity to meet up with friends and chat, a feature which is noticeably absent from any run-of-the multiplex screening. A large proportion of the audiences are made up of older people who haven’t visited a cinema for over 30 years. Having a chance to walk to their local village hall to see a film has made a great deal of difference to the quality of their lives, especially during the long winter months. 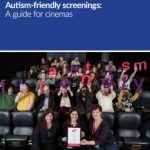 Autism-friendly Screenings: A guide for cinemas
You may also be interested in