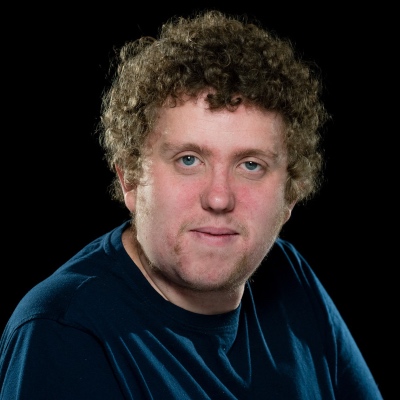 Behind the Scenes: Zara, Mind the Gap. Blog 3 – Paul Wilshaw

In the final of three blogs looking behind the scenes at Mind the Gap's latest production Zara, their Intern Assistant Producer Paul Wilshaw takes us though his experiences as a learning disabled practitioner. 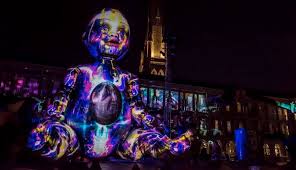 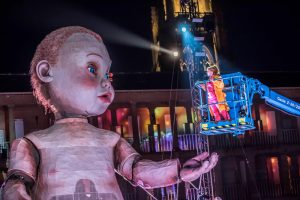 Hello! My name is Paul Wilshaw and I was the intern assistant producer on Mind the Gap’s huge outdoor production, ZARA. I love saying that!

I have a learning disability and first came across Mind the Gap in 2011 through a mentoring scheme. I moved from Dorset to Bradford in 2014 to join the company’s Academy. After only one year I was chosen to join the Artist Development Programme before becoming a paid artist at the company in the space of four years.

Having had some experience as an Assistant Producer when I lived in Dorset, I had the chance to gain more skills in this field when I landed the co-producer role at Beyond Festival, Leeds, in 2018. Naturally, when the opportunity came up to work as an intern on ZARA, I couldn’t resist applying for the role because of the size and scale of the show.

This internship was very exciting as it gave me the chance to learn more about the role of a producer on the job alongside Mind the Gap’s Senior Producer Lisa Mallaghan. Having worked with her in the past, I knew she had the experience required to challenge me in this role.

There were several ways that interns could apply for the roles – online, by phone, in person, in writing, or recording.

After filling out and sending in my application form, I was pleased to be invited for an interview.

The interview was with Lisa Mallaghan and two other members of the team. It was very relaxed and even though set up a bit like The Apprentice, I was in a confident mood and was pleased with how I answered the questions. Obviously they were too, as I got the job!

The role of Assistant Producer

What the role entailed:

Well there is so much to say in one article! The role was so varied. I went to meetings with partner companies including Walk the Plank and Emergency Exit Arts, met with venue partners, researched and dealt with catering companies to feed the cast, and even got interviewed on BBC Radio Leeds and Soho Radio! The main job in my opinion however was to take some of the load off the producer and help in whatever way what was needed at the time.

A challenge I do have is my writing skills which I was upfront about in my interview. Mind the Gap understood, and we agreed that Lisa would check over my emails before I sent anything. This helped me get more confident - having someone checking my grammar was okay and that I was getting the message of what was needed.

Something Mind the Gap put in place right at the beginning of the internship - which has helped me professionally and personally – was having a person to go to who was not my line manager; I had  a two-weekly check-in to see how I was doing , whether there had been any struggles etc – I liked this because there might be things which I might not want to tell my line manager but needed to talk about.

The role of a producer is very hard but so rewarding at the same time. You might not be on stage getting the applause like the actors, but it is so important. The patience and understanding of working with everyone in the team is unbelievable but the one major thing as a producer is knowing you have the right support in place and the right team to get the job done and the ZARA project and the whole Daughters of Fortune project has had this in tons.

I will try my best to sum it up in the best ZARA way. I felt like a new Dad - excited, scared and after Halifax, was ready for some more sleepless nights until London happened. But importantly for me the hard work has really only just begun. These stories and this situation is happening to learning disabled parents today, so as much as seeing all the hard work pay of we still have a long way to go.

I have learnt so much from Lisa Mallaghan about becoming a producer and will always be indebted to her and Mind the Gap, Walk the Plank, and Emergency Exit Arts who took a gamble on taking on three interns for such a massive project, but I think it shows if you have faith in a person no matter if they have a disability or not, that trust will be paid back in abundance.

There are opportunities and being on stage is great but there is so much that goes into a show people don’t see. 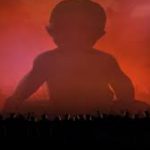 Behind the Scenes: Zara, Mind the Gap. Blog 1 – Julia Skelton 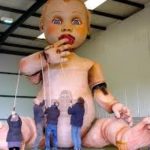 Behind the Scenes: Zara, Mind the Gap. Blog 2 – Lisa Mallaghan 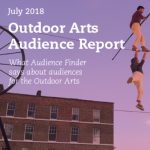 Access toolkit for use by outdoor arts and street art organisations