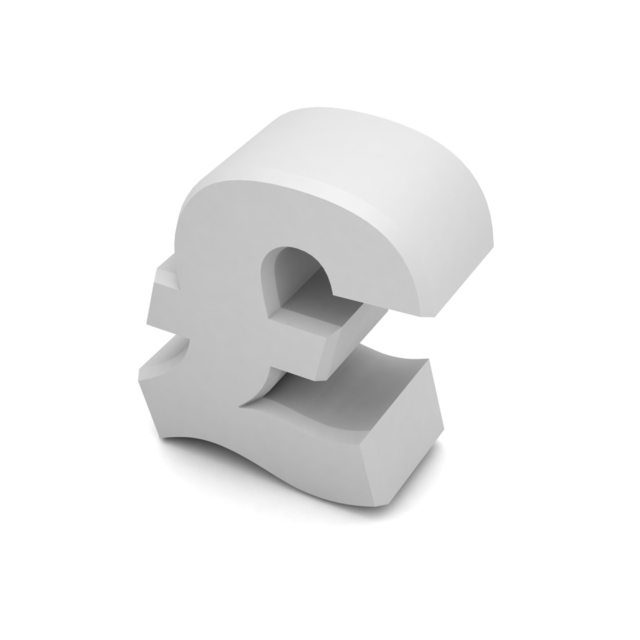 In this extended blog arts writer Dany Louise poses some provocative questions for the arts and cultural sector about the future of arts funding in a post-Brexit landscape.

So, here we are - the UK in 2019. Who could have predicted a decade ago that we would be neither in nor out of the EU, or that the mendacious and destructive policy of “austerity” would have become a way of life? Savage year on year cuts have devastated essential local services, including provision for the arts. In the meantime, the Mother of all Parliaments has spent a massive £1.6bn on preparations for a no-deal Brexit. If Parliament was an arts NPO, I rather suspect that Arts Council England would have pulled the plug by now, leaving it to die a slow, whimpering death. Or perhaps that's just a fantasy I comfort myself with.

The arts and cultural sectors have been put under tremendous pressure, particularly impacting artists - the creative producers on whom the arts ecology depends - but also the dedicated small arts organisations that are trying to do so much with very limited means. All are having to respond to an illogical situation. Starving artists and organisations of cash, leaving them to make up the shortfall as best they can, rarely corresponds with models of good cultural practice.

All the previously hard-won and varied sources of arts funding have been hit, and hit hard. The Regional Development Agencies, which invested heavily in the creative industries infrastructure, were closed almost overnight in 2010. Their replacement, the Local Enterprise Partnerships, haven't had nearly as much impact within the sector.

County Council cultural funding has reduced by nearly £400m since 2011. National lottery ticket sales have fluctuated (although income is currently healthy), but Arts Council England core funding has been reduced by nearly £124m since 2011. That's a lot less money being given directly to artists and arts organisations. And now, with Brexit, around £40 million a year of EU funding to the arts is also at risk, according to research by Euclid and Arts Council England.

It's become a cliché to describe the funding situation as “a perfect storm”. In my view, this is a romantic misnomer. Storms tend to be short and sharp. They start and they finish. What many in the sector are experiencing is more like the slash and burn of a scorched earth policy. Because it is quite clear that politically the government has been engaged in a strategic project to reduce the size, reach and impact of the public sector, in favour of allowing market forces to take its place. We are living through the many seismic and difficult effects of this.

In the interim, the language and practice of arts management has changed along with the range of funding models. “Individual giving” has become important, along with ever more ingenious income generation activities, from expensive shops and cafes to venue hire, consultancy and sometimes dodgy sponsorship. Much visual arts provision remains free, but other art forms charge for access to events and projects. This may not lead to the sustainability the sector craves, but there has been some success with these strategies. While I and others might be frustrated that this trend continues to displace costs from state or organisation onto individual – and quite often, onto artists themselves - those who can afford it, do seem to be willing to pay more for their arts experiences.

Has it really been only a decade since the relative plenty of the New Labour years? It seems so much longer - a generation ago, history. That was a time when capital projects with price tags in the tens of millions were realised. A period when ACE core funding was increased, and a number of flagship national projects were rolled out, such as Creative Partnerships, which provided significant employment for artists over a period of years.

Local authorities were able to build up their arts teams, commission festivals, participatory projects and public realm art works. It was an era that Tony Blair proclaimed “a golden age of the arts,” to significant criticism from sections of the arts community and academics. But in retrospect, it surely was. Under New Labour, the arts and creative industries were a cultural policy project, worthy of academic study and debate. Since 2010, there has barely been a project. It's more a governmental war of attrition on public services - followed, subsequent to the EU referendum vote, by a descent into all consuming chaos, internecine divides and factionalism.

Are we ever likely to go back to anything approaching this “golden age”? When Susan Jones was director of membership organisation, a-n The Artists Information Company, she saw a role for small light-touch grants given directly to artists based on their actual professional needs. She initiated a programme of bursaries to artists in 2013, and since then, a-n has awarded £379,500 to over 480 members.

Does she still think this is the future? In short, yes. Her reasons for setting up the bursaries remain the same: “I'm wondering whether there's any genuine interest at the Arts Council nowadays for supporting the diversity of artists as they pursue nuanced and localised art practices with rigour and reason over a life time. From close examination of current strategies, I'm not feeling optimistic.”

B-side is an ACE NPO that has come of age during “austerity”. Based in Weymouth, Dorset, their experience has been influenced by their location and the 2012 Olympics.

“Weymouth was chosen as a venue for the sailing events, and that gave us optimism at a local level about what this would mean for arts investment,” says Director Alan Rogers. “But there was a hiatus afterwards. That sense of feeling part of a region, part of a national programme, evaporated quite quickly. Austerity in the outposts of Britain is different from in urban centres. It has bedded in and affects the way people think.” He doesn't expect much to change in the near future: “This is the new reality I think. We have to look at ways we can help our communities but not necessarily by pumping lots of money into huge art projects.”

But there are projects with vision and the finances to back them that are thriving. In addition to the usual suspects in London, there is the rise and rise of Manchester International Festival, our various major biennials and triennials of art and regional flagship art centres like De La Warr Pavilion in Bexhill. Organisations are still commissioning new work and experiences, even if quantity, budgets and artists' fees are down.

Manchester International Festival, which launched in 2007 as an artist-led festival presenting new works, has gone from strength to strength. How do they attribute their success and their resilience? The artistic quality of their programme is key – it is always current, high profile and ambitious. But Managing Director Christine Cort also cites the firm strategic commitment to the arts of Manchester City Council:

“MIF has had the benefit of on-going support from Arts Council England and especially Manchester City Council, who take the inspired position that culture is key in maintaining a thriving city. It was the council that had the vision to invest in a major new arts festival back in 2007 and they remain firmly committed to an event that was intended to help strengthen the city’s reputation on the international stage.” Sadly, far too few Council’s are able to make this commitment, with around 144 local authorities out of 375 across England and Wales without a dedicated arts officer or direct arts service.

Trusts and foundations have always played an important role within arts funding and continue to provide support for some of the most interesting and beneficial arts projects around. Often operating locally, they provide a lifeline for grassroots arts and community projects, usually with a welcome lack of bureaucracy for the recipients.

The nature of private Trusts and Foundations means that they are generally shielded from turbulent economic currents. The bigger Foundations can also do more, although inevitably their resources are massively over-subscribed.

“The number of applications we receive has gone up, the quality of the applications are better and the amounts people are asking for has increased too,” says Moira Sinclair, CEO of the Paul Hamlyn Foundation. “But our endowment has grown, and we are spending more year on year. In 2010 we spent in the region of £20m on grant-making, and at the end of this financial year it will be closer to £30m. That's not all arts funding but the proportion going to the arts has also gone up. It doesn't mean we can fill the gap but on current forecasts we will continue to be a small but significant funder of arts activity in the UK.”

Reasons to be hopeful

But the most symbolic and resonant reason to feel hopeful is the continued existence of the Arts Councils of England, Wales and Northern Ireland, along with Creative Scotland.

One of the first things President Trump did when he was elected was to propose removing 100% of funding for the US equivalent, the National Endowment for the Arts. That failed, but even so the NEA's budget - for the entire United States - is a measly $154m a year (less than £120m).

Imagine, for a moment, if the UK Arts Councils were abolished, and shudder. I was working for ACE in 2010 when the then Coalition government was enjoying a ‘bonfire of the quangos.’ It seemed a very real possibility that the Arts Council itself would be on the list for abolition. What had been unthinkable was suddenly shockingly debatable.

There was a collective sigh of relief post-budget when ACE survived, but I don't think it has yet overcome that moment. Insecurity is now in its DNA. That moment clarified thinking for many people: we need the Arts Councils, full stop. They are not perfect organisations - they face DCMS demands at one end, and sector need at the other, leading to inherent tensions that are hard if not impossible to reconcile. But the bottom line has to be recognition that they are essential to the arts ecology. They are indispensable proof of governments' on-going support for the principle of art and artists as a public good.

What the future holds

We are living through a tricky historical moment that makes predictions for next week virtually impossible, let alone for three to five years time. ‘Austerity’ is an evil dreamed up by (former Chancellor) George Osborne and marketed to appeal to an older Tory base nostalgic for wartime unity and conformity. Local public services have already been eroded to such an extent that the next stage of austerity involves offering close to statutory services only. This situation can't last forever, can it?

A general election must be called in 2022 at the very latest. But the results of any general election are impossible to predict. Both of the major parties, whichever is elected, could prove as destructive to the country in the next decade as the present government has been in the last decade.

If the arts and cultural sector has conscience and breadth of vision, it may not simply be a question of “who will finance our work the best?” The danger of populism and demagoguery from both hard left and extreme right bring their own problems. Whatever the outcome, I suspect some critical thinking and a pro-active stance is going to be required from an astute arts community. 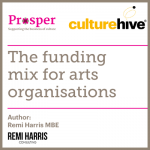 The funding mix for arts organisations 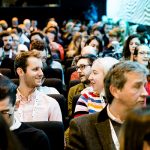 Crowdfunding – A unique blend of marketing and fundraising 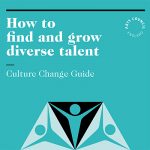 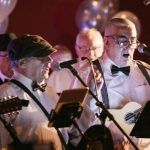