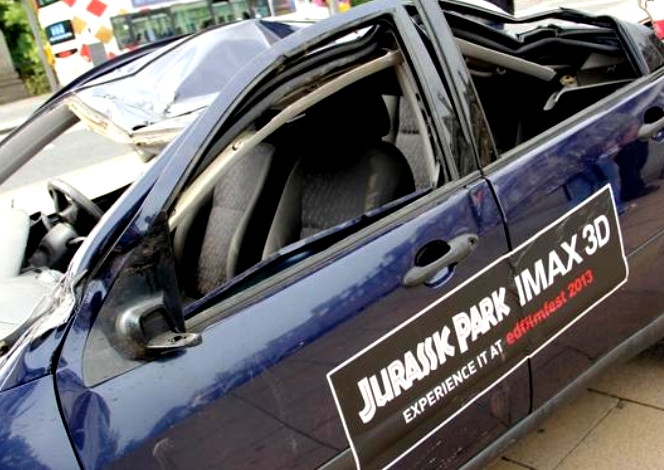 Ross Perth, head of marketing at Edinburgh International Film Festival (EIFF), shares this case study on ambient advertising. During the 2013 EIFF, Ross used crushed cars, strategically placed around Edinburgh, to promote a festival screening of Jurassic Park. Ross discusses how the idea came to mind only a matter of weeks before the screening.  A hugely successful approach to ambient advertising that just took a bit of passion and persuasion – tickets sold in a matter of hours after the crushed cars descended on Edinburgh.

The best ambient advertising is in essence simple but actually there can be a lot of planning and production in the delivery, especially as more often than not external parties are involved for approval. In doing something so non-traditional you can also spend much of your time trying to work out how to create the activity and find a suitable resource or production house to help with the delivery.