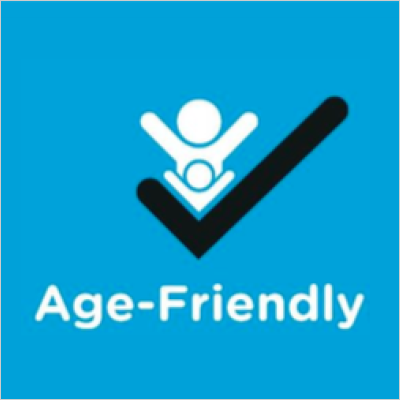 Laura Tanner shares the learning from a project at St George's Bristol, which brought together secondary school students and older people from their community.

The Dunkirk Miracle explored two imagined stories of the Dunkirk Evacuation, told through the eyes of a 9 year old British girl (at home in England), and a French soldier (fighting at the Front). The project brought together two distinct and disparate groups: one of Secondary school students, and another of older people from their local community. Participants spent two days together, working with storyteller Michael Loader, musicians Tom Veck and James Watts, Jo Summers from Bristol MShed and SMRT lead teacher John Hare, during which they:

A final performance was then delivered at school to an audience of their peers and invited guests. This was then evaluated by the Education team from St George’s Bristol.

How did it aim to reach or have relevance to older audiences? What impact did you want it to have on the size or profile of your visitor base?
The ages of our older participants ranged from late 50s to 70+, so participants identified with the idea of wartime Britain in an interesting variety of ways, some had direct childhood memories, but others grew up in the 50s and 60s when the world was a very different place. We hoped that providing older participants (whatever their own experience, lived or otherwise) with an opportunity to discuss their thoughts and feelings around war (particularly the Dunkirk Evacuation) with young people aged 11- 13, would be an interesting exercise for both groups. We also hoped that working in this way might encourage participants from both demographics to consider attending future events at St George’s Bristol.

What other objectives were you hoping to achieve?
To be honest, we weren’t really sure, but this was what the participants told us...

“Good to be able to join in with younger people”
“We also learnt about the history, post war Britain was so close, we didn’t learn about it, our parents didn’t talk about it”
“This gave us insight into and a connection to, heritage that was too fresh when we were young”
“Keen to get more involved by supporting the school and supporting school shows and productions. Previously hesitant about attending, but now would come”

Were there opportunities for this activity to be intergenerational/include family members?
Not on this occasion although this may be a possible extension in future. In this situation, it seemed quite positive that none of the participants were related to each other. Some of the older people lead quite isolated lives, and many of the young people may not have chosen to engage with their own grandparents or extended family in this way, yet by coming together as strangers, there was a level of ‘neutrality’ and ‘equality’ that actually seemed to benefit the creative process and allow the team to bond in a very natural and organic way. Once both groups had relaxed in each other’s company there was a strong sense of mutual respect and support. 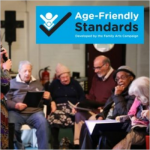