Established over 25 years ago, the Princess Royal Class Locomotive Trust (PRCLT) care for some of the most prized cultural assets of the glory days of steam rail travel as operators of West Shed Museum in Swanwick, Derbyshire. In this case study Oliver Edwards reflects on how this small heritage organisation has improved digital engagement with its small objects online collection to help the organisation tell its story. 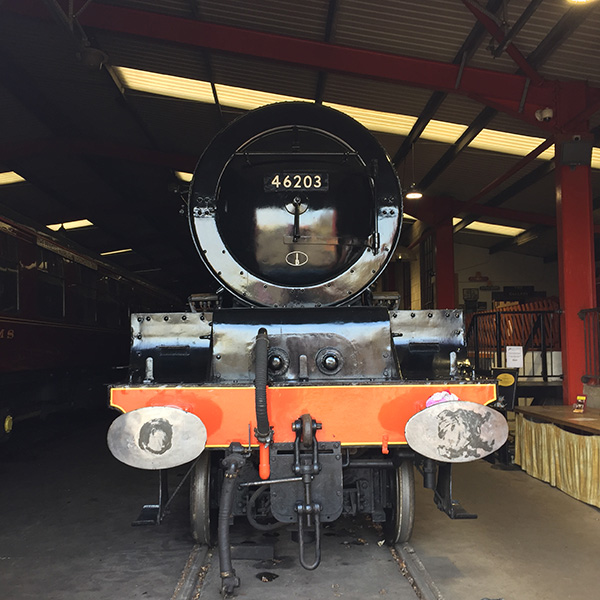 The Princess Royal Class Locomotive Trust (PRCLT) care for some of the most prized cultural assets of the glory days of steam rail travel. Its four large locomotives represent the zenith of development of coal-powered machinery, with two formerly operated on the most prestigious express trains of the 1930s in Britain, if not Europe. The Trust’s carriages are impressive too, including one Royal saloon used throughout this glamorous period.

Operated by a band of committed volunteers and a small but dedicated team of paid staff, the Trust regularly exhibits its large objects across the UK. When not in operation, these vehicles are displayed in the Trust’s West Shed Museum in Swanwick, Derbyshire, telling their story through a range of physical interpretation and on-site guides with a plethora of knowledge. 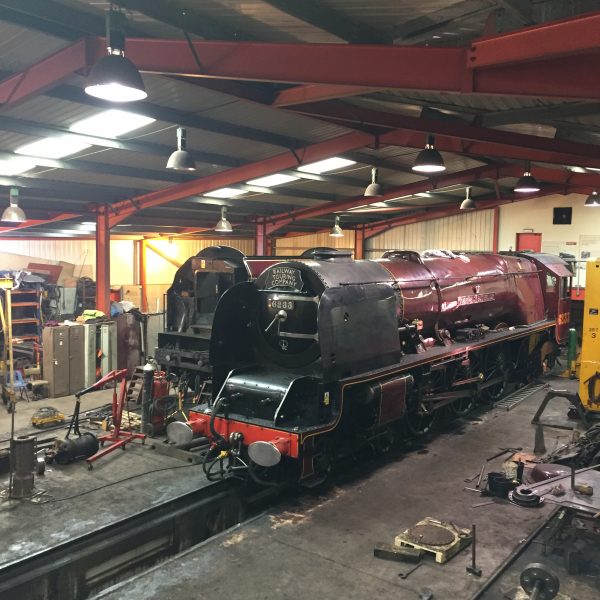 Stories in organisations such as this Trust, though, are rarely limited to the largest and best known objects which are tenderly cared for by their teams. Over time, as those who remember the operations of the heritage cared for pass away, collections of smaller objects are established, saving for posterity the everyday tales of our past for future generations.

In the case of this Trust, these objects are as varied as lamps which guided the way of trains criss-crossing the country, manuals for staff on how to operate the array of equipment on railways in the inter-war period and promotional material from the art-deco period. These objects hold vital stories which can often be difficult to communicate while larger or more famous artefacts are in the limelight. Further, it can be difficult for the public to understand their significance outside of the context of an operating scene whereas this is much easier for objects such as express locomotives which regularly feature in popular culture, films and television dramas even today. We know, though, that it is the job of charitable organisations in our industry to present our heritage large and small, so the Trust made one of its key aims as part of its mentoring on The Lab strand of Digital Heritage Lab to explore options for doing this.

In the case of this Trust, these objects are as varied as lamps which guided the way of trains criss-crossing the country, manuals for staff on how to operate the array of equipment on railways in the inter-war period and promotional material from the art-deco period.

Given the issues described about how to present small objects, we began by discussing how to write up their stories. Instead of creating a scholarly catalogue of objects that would be inaccessible to most audiences without a very specialised knowledge of rail history, a small number of artefacts were curated together into thematic collections. These were written up in intriguing, bite-sized articles which give a wider picture of the operations of certain parts of the railway in the past. Images from archives and more recent times accompany the text, furthering understanding and helping those who prefer visual aids for learning.

In order to get these articles to wider audiences, an improvement in digital infrastructure was needed. Budgets were very small in this area given the circumstances surrounding the development period and so creative methods were required. Having a website which was constructed some time ago which is less mobile friendly than necessary to have the broadest possible reach, a blog or new sub-website was thought to be the best solution. The skills to build a site like this vary wildly, but increasingly solutions which allow someone with basic digital skills to ‘drag and drop’ elements mean organisations can build their own blogs with low or non-existent budgets. Using a popular system, the Trust gradually built an attractive, easily-edited website sustainable for the medium term. Best, leading practice was reviewed throughout development and in update meetings, reviewing examples such as those of national museums and of other small trust-type organisations.

Much of the work on delivering the website and upgrading the digital capabilities of the organisation has rested with one paid member of staff, with the help of a small number of dedicated volunteers. The importance of engaging with volunteers and a wider team to ensure sustainability was well understood by the lead for this project, who sought to engage interested team members to the enjoyment of curation and article writing.

Stop! Look! Listen! — the imaginative and arresting title of the small objects exhibitions space on the new website, inspired by a common railway environment mantra. This became populated with, as a starting point, five blog posts on subjects such as being part of The Railway Family or Leisure and Pleasure: Enjoying the Railways. Did you know that royal carriages had specially-made chamber pots, lamps and train diagrams, or that these are preserved not by a state body but by a small, charitable trust?

The events of 2020 and 2021, when the digital developments were undertaken, acted throughout as a force for clarifying the need to improve engagement online for the Trust. With a museum located in an unusual, somewhat difficult site to reach for a range of audiences, a growth in online outputs broaden substantially understanding of the work of the Trust. Moreover, space on physical sites is always limited and interpretative material can be shown online which could never be accommodated on such a substantial or evolving basis as on a blog or website.

Broadening the team involved in the project has proved to be a wise decision, following the departure of the member of paid staff involved in creating the site. Now, considerations of how to deliver sustainability of the outputs created going forward are key. It is always appropriate to review input against outcomes, though a consideration at this stage will be the relative newness of the project and how its superb benefits are retained. We can expect the blog to grow and expand, building a readership of intrigued individuals, researchers and organisations. Digital tours, increased collection exhibitions and stories following volunteers themselves are all expected.

We can expect the blog to grow and expand, building a readership of intrigued individuals, researchers and organisations. Digital tours, increased collection exhibitions and stories following volunteers themselves are all expected.

There is, as ever, more work to do. Facebook and other social media outlets offer an amazing opportunity to share stories, snips and fun facts which achieve micro-education of audiences and, hopefully, establishing their interest for future, more meaningful engagement. Even if this is not achieved, the Trust will have delivered a wider knowledge of its subject area, thus delivering against its charitable aim.

With refinement and ongoing development, the Princess Royal Class Locomotive Trust can claim to have taken great strides forward in its digital infrastructure and capability, setting standards for other bodies.

Please attribute as: "Using digital collections to educate, inform and motivate (2022) by Oliver Edwards supported by The Heritage Fund, licensed under CC BY 4.0