A quick run through some of the top social media success stories of the last few years ― how to emulate it, why it worked and how to stay relevant. 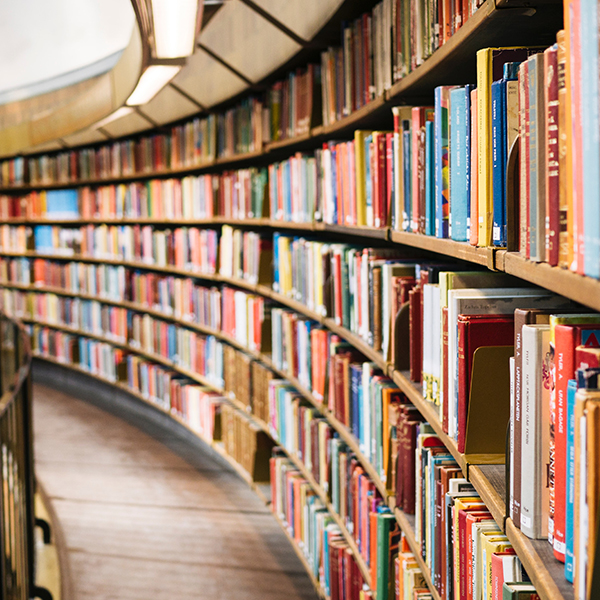 Love it or hate it, social media has the power to massively raise the profiles of heritage organisations. Just one, well timed meme can catapult you into the media spotlight resulting in articles in the press and an influx of followers.

So which heritage organisations have done this well and what can we learn from them?

Much like tugging pigtails in a playground, social media battles are a fun way to tease your competitors and show off your collection. As a concept, they’ve been around for a long time, but in recent years, heritage organisations have jumped on the bandwagon too.

Way back in 2016, Shetland Library and Orkney Library engaged in a fierce (but fun) Twitter spat which stemmed from island rivalry going back centuries. Mild teasing gave way to a tongue-in-cheek ‘top trumps’ as Orkney Library received their Twitter blue tick (signifying that a public interest account is authentic). Banter ensued, which was soon picked up in the press. Within hours, celebrities joined in the fun, along with coverage in the Metro and The Telegraph newspapers.

The use of these off the wall tweets (peppered with information and beautiful views of the islands) continues. In 2018 Orkney Library went viral with over 2,600 people liking their Twitter thread tracking their confusion over what Fortnite is. More recently, the team have hit over 5,600 likes for their 2021 Elf on the Shelf themed Christmas images ― a face off between Dolly (Parton) on a trolley versus Parton on a cart-on. Strange but true ― and profile raising in the extreme!

John Peterson, Library Assistant at Orkney Library & Archives is the person in charge of the Twitter account. He notes that: “I’m not professionally trained in social media and I strongly believe that no training is required as long as you know the subject that you are talking about and are keen to share it with your followers online. It is more about creative thinking and writing than anything else and about finding ways to create interesting, funny or entertaining content.”

It is more about creative thinking and writing than anything else and about finding ways to create interesting, funny or entertaining content.

To be sporting, we also spoke to Catherine Jeromson, rival Support Services Librarian over at Shetland Library. Catherine isn’t professionally trained in social media either, but has seen the power of social to make waves around the island of Shetland. “I like to think that our big social media voice is helping to put us on the map! [W]e have more social media followers than the total population of Shetland! Our following is worldwide and we have had people coming to Shetland on holiday and making a beeline for the Library because they follow us on Twitter, which is great!”

Social media moments, or trends, come and go, but can have a massive impact on your organisation. Think back to the Ice Bucket Challenge, learning to Floss and creating memes of Grumpy Cat. Many heritage organisations have made the most of these moments, using them as a platform to share their collections, work and team with the wider world.

In 2021, Ashmolean Museum gained 523 likes when they dropped Bernie Sanders (remember the thousands of memes of Bernie rocking his mittens at the Presidential Inauguration?) into the painting Seated Shepherd With Cows and Sheep in a Meadow. This was a big leap in ‘likes’ for the team, who often only receive engagement in the high tens and low hundreds.  In 2022, a whopping 28,000 people engaged with the Mary Rose Museum’s tweet parodying Prime Minister Boris Johnson’s “nobody told me I couldn’t go to a party” comment. Powerful moments indeed.

York Museums Trust is well known for their innovative use of social media (their curator battles of 2020 saw 6.2 million people engage with their content) and also have a habit of linking in well with social media moments. Who can forget the impact of Netflix’s Bridgerton during the Covid-19 lockdown of January 2021? As the world looked for escapism, Bridgerton filled the void and a wealth of memes, challenges, quotes and parodies were born. York Museums Trust utilised the success of the series to highlight some of their collection items ― again, reaching thousands of people with just 280 characters.

Catherine Jeromson from Shetland Library has some great tips for engaging in these social media moments: “Make your posts current, but NOT controversial ― do not enter into any opinion debate. This could be more damaging. Play it safe, keep it fun.” With this in mind, Catherine has regularly found herself positively mentioned on the BBC, including gaining coverage on Simon Mayo’s radio show.

Make your posts current, but NOT controversial ― do not enter into any opinion debate. This could be more damaging. Play it safe, keep it fun.

Back in 2009 many of us were gripped for hours by Slow TV. After a decade of sharing every facet of our lives on Facebook and Twitter, we were drawn to the slow pace of watching the seven hour long train journey from Bergen to Oslo.

It was a simple concept, a camera mounted to the front of the train, which captured the imagination of millions. By 2015, the BBC had followed up with a film of a journey down the Kennet and Avon Canal, followed by All Aboard! The Country Bus. Over 800,000 people tuned in to watch a two-hour long programme charting bus journeys through the Yorkshire Dales.

Slow TV stretched into social media, with millions of people enjoying watching ‘slow’ videos on YouTube and TikTok. Most recently, January 2022 saw Zen School of Motoring leap from a YouTube sensation to the BBC Three platform ― as people cheerfully tune in to watch someone drive around the streets of London. Heritage organisations have followed suit, sharing videos of paintings and ice melting to cleaning museum objects, many people thrive on watching heritage organisations taking things slowly.

When TikTok launched back in 2017, it was the playground for under 30s sharing short videos of their tricks, pranks, and dance moves. Yet, in 2021 Black Country Living Museum utilised the platform as a way to engage with their followers during the harsh Covid-19 closures. Within six months, they had 570,000 followers and were listed on the UK TikTok Chart. Followers adored the advice of the 1920s Grandad and their video of women’s roles in 1940s Britain (set to Ariana Grande’s Positions) has over 855,500 views.

Some organisations have even been inspired to create their own digital platforms. CCTDigital is a new streaming service created by the Churches Conservation Trust, where members can access films, playlists, lectures and other content about churches.

So how to make the most of your social media? John from Orkney Library and Archives sums it up in a nutshell: “Use humour – a laugh goes a long way. It doesn’t have to be hilarious but just keep things light, be chatty, be silly sometimes. Have a laugh. People are always glad to see something funny on their social media feeds.” If all that fails, Catherine from Shetland Library says: “cats, dogs and cuteness attract folk to posts ―a good catch to reel them in, then use them to promote the service.”

Please attribute as: "Social Media success stories (2022) by Sarah Shaw supported by The Heritage Fund, licensed under CC BY 4.0