In October 2013, Jo Hunter and her colleague David Micklem started work on an idea called 53 Million Artists -  a campaign that aims to unlock the creative potential of every individual in England by getting them to Make Time, Do Stuff, Think About It, and Share It. Having secured two small grants from Arts Council England and support from the Cultural Institute at Kings College London, Jo identifies five key areas that has helped 53 Million Artists to get to where they are now and to embark on the second stage of the project. 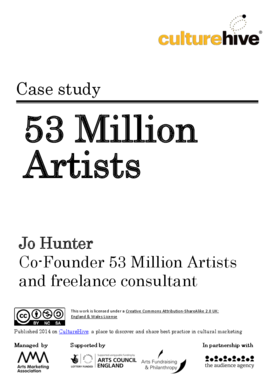 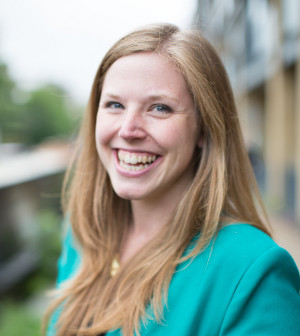 Jo Hunter is the co-founder of 53 Million Artists and a freelance consultant. She is also a Clore Leadership Fellow for 2014/15. Her previous work includes Head of Strategic Development at Battersea Arts Centre, Senior Artistic Associate at the Harbourfront Centre in Toronto and Funded Programmes Manager at Sing Up.