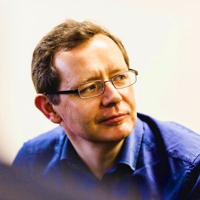 He is a co-founder of Barcamp Nonprofits, founder of Fundraising Camp, the unconference-style learning event for fundraisers, and co-founder of GoodJobs, the social enterprise jobs board. He has been researching opportunities for massive growth in giving but doesn’t have anything to show for it yet.